Welcome to our stop on the tour for

We’re excited to tell you about this new paranormal romance book and share with you an excerpt! The Sea King is the second book in the Weather Mages of Mystral series. Published by Avon Books on 10/31/2017. 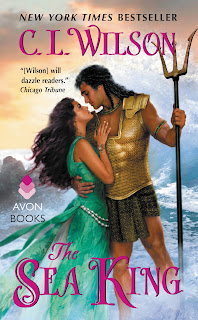 Blurb for THE SEA KING

He wasn’t supposed to choose her…
Seafaring prince Dilys Merimydion has been invited to court the three magical princesses of Summerlea. To eradicate the pirates threatening Calberna and to secure the power of the Sea Throne, Dilys vows to return home with a fierce warrior-queen as his bride. But politics has nothing to do with unexpected temptation.
She didn’t dare wed him…
A weathermage like her sisters, Gabriella Coruscate’s gentleness exemplifies the qualities of her season name, Summer. Yet her quiet poise conceals dangerous powers she cannot begin to wield. Better to live without excitement, she reasons, than risk her heart and lose control—until an irresistible Sealord jolts her awake with a thunderclap of raw desire.
Until evil threatens everything they hold dear…
When pirates kidnap Summer and her sisters, Dilys begins a desperate quest to save the woman he loves. Only by combining his command of the seas with the unleashed fury of Summer’s formidable gifts can they defeat their brutal enemies and claim the most priceless victory of all: true love.
HarperCollins      Amazon        Google Play      Apple      BN

Excerpt from THE SEA KING

You can get off me now,” she ordered, mimicking Autumn’s haughtiest tone.

He didn’t move. Instead, he locked his gaze on hers and, with slow deliberation, laid his left wrist flat against her right.

Summer sucked in a breath and went rigid be- neath him as a fresh surge of energy shot through her. Only this time, instead of an electric thunderclap that stunned the senses, this surge fired up every sen- sual cell in her body. If Dilys hadn’t been straddling her, she would have wrapped her legs around his waist and dragged him down atop her. As it was, she burned for him in the worst way. The way his nostrils flared and his tattoos went bright with a fresh burst of phosphorescent blue light only fanned the flames of her desire. She wanted to command him to touch her . . . to kiss her. Her gift of Persuasion flared, bringing the words and the magic to the tip of her tongue. 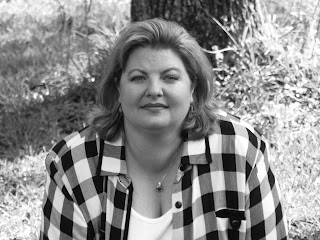 About the Author: C.L. Wilson

C. L. WILSON grew up camping and waterskiing across America, from Cherry Creek reservoir in Denver, CO, to Lake Gaston on the border of Virginia and North Carolina, to Georgia’s Lake Lanier and Lake Allatoona. When she wasn’t waterskiing and camping on family vacations, you could usually find her with a book in one hand and a sketch pad in the other—either reading, writing stories, or drawing.
Sometime around the ninth grade, she decided she was better at drawing her pictures with words than paints and charcoals, and she set aside her sketchpad to focus entirely on writing. Wilson is active in Tampa Area Romance Authors (TARA), her local chapter of Romance Writers of America.
When not engaged in writerly pursuits, she enjoys golfing, swimming, reading, playing video games with her children, and spending time with her friends and family. She is also an avid collector (her husband says pack rat!), and she’s the proud owner of an extensive collection of Dept. 56 Dickens and North Pole villages, unicorns, Lladro figurines, and mint condition comic books.
Wilson currently resides with her husband, their three wonderful children, and their little black cat, Oreo, in a secluded ranch community less than thirty miles away from the crystalline waters and sugar-sand beaches of Anna Maria Island and Siesta Key on Florida’s gulf coast.
Website: http://clwilson.com
Facebook: https://www.facebook.com/clwilsonbooks
Twitter: https://twitter.com/clwilsonbooks 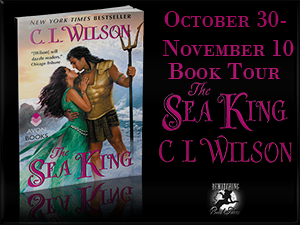 In addition to being a book blogger, I am a mother of three children, a retail backroom coordinator, and a wannabe writer (when I make time to do it).
View all posts by Jen Schaper →
Tagged  2017 release, C.L. Wilson, excerpt, paranormal romance.
Bookmark the permalink.