Welcome to BTH Reviews! Today we want to share some great book releases on August 28th, 2017.

I’ve been trying to decide how to keep up with all the new books. At first, I wanted to post on a weekly basis. The problem with that is I found more books to tell our readers about than I could put in one post without making it too long and slow to load because of the multiple images. So I’ve decided to make the posts more frequently. Also, starting in September, I am going to improve our book releases pages to categorize the books by date in addition to genre.

All of the images on this page link to Amazon. 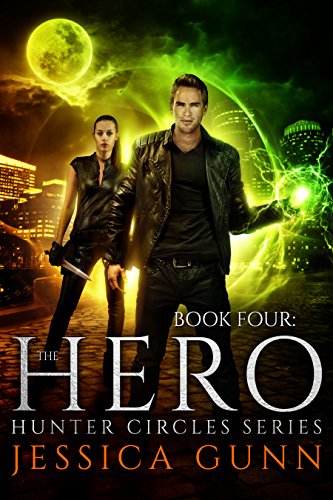 I’m Krystin Blackwood, and six months ago I almost killed everyone I cared about.

I’ve been on my own ever since, watching my back for my team to exact revenge. But when the world I left comes knocking, I have no choice but to run back to my team… and deliver heart-breaking news.

Apparently, Lady Azar has turned Riley into a demon and she’s moving up her plans to use him as a path to the City of Alzan. Unfortunately for the Fire Circle, without my help and destined magik, Alzan doesn’t stand a chance. And neither does Riley.

So, despite my team’s hatred for me and my near-criminal status in the Fire Circle, they’ll have to trust me if we have any hope of stopping all planes of existence from imploding. Assuming we can all be civil long enough to do so.

After dropping off a pair of Denali Pack wolves Dustin sees an overturned truck in the wilderness with an injured human desperate for rescue. What he finds when he lands is a trap. Shot and running for his life, Dustin’s wolf instinct takes over and heads him toward a shimmering oasis straight out of a fantasy novel.

Gwylla is on loan from Aerie to the elves, but now that they’ve migrated from Hel, they’re using her magic in ways she never intended. When a gravely injured wolf cries for help at the heart-tree of her sanctuary, she sees firsthand the horrors her magic has caused.

Instead of healing an injured animal, Gwylla finds she has saved a man and is now promise-bound to keep him safe for the rest of his natural life—which means she must punish those responsible for the attack and reclaim her magic, all while protecting her reckless wolf-man as he avenges shifter deaths and defends his pack.

NYPD Detective Dom Carew can’t forget the violent way his lover was killed in Afghanistan fifteen years ago. The pain and trauma of her death still haunt him, and since then he hasn’t let a woman under his skin. Until one incredible, hot and steamy night with stunning and sassy Daisy Fowler.

Sexy, gorgeous, and hunky doesn’t begin to describe Dom Carew, but Daisy’s been burned by Dom before. A year ago, he bolted from her bed in the middle of the night without so much as a gee you were great in the sack, babe. Never laying eyes on his handsome face again is the plan. If only their paths didn’t keep crossing. If only she didn’t still find him irresistible as sin.

Seeing Daisy again sets Dom’s blood on fire, but he’s about to embark on the most dangerous undercover op of his life—infiltrate the Pyramid, an international organization of assassins. Love has no place in his heart or his world, but when the dangers of his job threaten Daisy, he’ll destroy anyone in his path to protect her.

Each book in the NYPD Blue & Gold series is a standalone, full-length story that can be enjoyed out of order.

“Fury of Shadows” by Coreene Callahan

In the next installment of Coreene Callahan’s bestselling Dragonfury Series: SCOTLAND, a dragon warrior cursed by a terrible past finds redemption in the arms of the woman he’s unable to protect.

Commander of the Scottish pack, dragon warrior Cyprus harbors a terrible secret. A brutal truth he has long kept hidden. But when a powerful foe resurfaces, he steps from the shadows and returns to the hunt, vowing to protect his pack along with the woman his enemy seeks to use against him.

Brilliant, broke, and working two jobs, book conservator Elise Woodward has always struggled to make ends meet. When she lands the middle of a secret war, she becomes the target of a rogue pack of Dragonkind and the unwitting guest of a warrior who refuses to let her go—and despite the danger, makes her want to stay.

With the rise of a new enemy, Cyprus is forced to face his demons. But will defeating them be enough? Or will the past return to haunt him, taking the only woman he will ever love?

“To Love a Highland Rogue” by Collette Cameron

She’s determined to end her betrothal, but he must make her his at all cost.

A Scottish lass determined to end her betrothal.

As an infant, Mayra Findlay’s hand was pledged in marriage. So closely has her virtue been guarded, she’s never been permitted a beau—has never even flirted with a man. However, after a chance encounter with a dashing rogue who sets her pulse and imagination cavorting, Mayra initiates a scheme that’s sure to force her affianced to call off their union.

The laird who must make her his at all cost.

Until Logan Rutherford, Laird of Lockelieth Keep, inherited a near bankrupt estate, he had no intention of wedding the lass he was betrothed to as a wee lad. Now he needs Mayra’s remaining dowry to save his beloved Lockelieth. However, before they exchange vows, he’s determined to know just what type of woman he’s reluctantly taking to wife. So he assumes his cousin’s identity; a decision that soon has him snared in a tangled web of deceit.

Caution: This historical romance contains one rakish fiery-haired Scot accustomed to getting his own way, a lass who’s fed-up with men dictating her life, and stubborn gelding with a superior attitude.

In addition to being a book blogger, I am a mother of three children, a retail backroom coordinator, and a wannabe writer (when I make time to do it).
View all posts by Jen Schaper →
Bookmark the permalink.