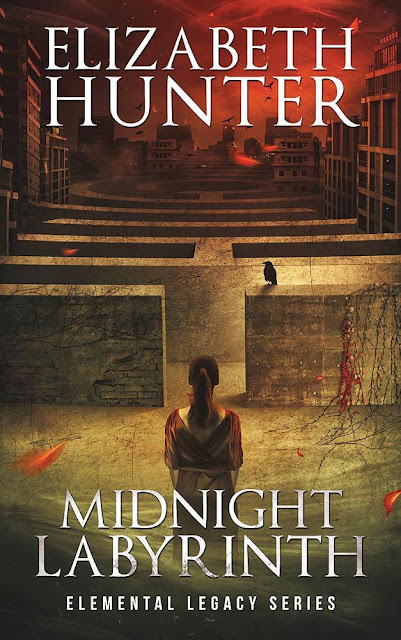 MIDNIGHT LABYRINTH is the first book in an all new contemporary fantasy series by Elizabeth Hunter, author of the Elemental Mysteries and the Irin Chronicles.

He’s one human caught in a tangled maze of theft, politics,
magic, and blood. In other words, it’s just another night.
Benjamin Vecchio escaped a chaotic childhood and grew to adulthood under the
protection and training of one of the Elemental world’s most feared vampire
assassins. He’s traveled the world and battled immortal enemies.
But everyone has to go home sometime.
New York means new opportunities and allies for Ben and his
vampire partner, Tenzin. It also means new politics and new threats. Their
antiquities business is taking off, and their client list is growing. When Ben
is challenged to find a painting lost since the second world war, he jumps at
the chance. This job will keep him closer to home, but it might just land him
in hot water with the insular clan of earth vampires who run Manhattan.
Tenzin knew the painting would be trouble before she laid
eyes on it, but she can’t deny the challenge intrigues her. Human laws mean
little to a vampire with a few millennia behind her, and Tenzin misses the rush
of taking what isn’t hers.
But nothing is more dangerous than a human with half the
story, and Ben and Tenzin might end up risking their reputations and their
lives before they escape the Midnight Labyrinth.
ADD TO GOODREAD – http://bit.ly/2j2nNmb 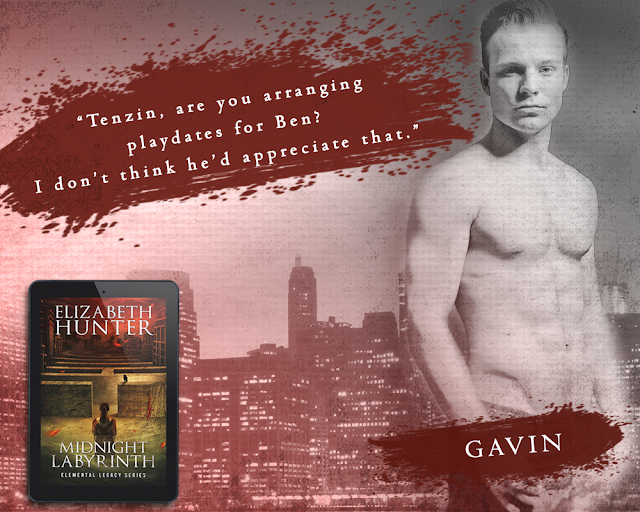 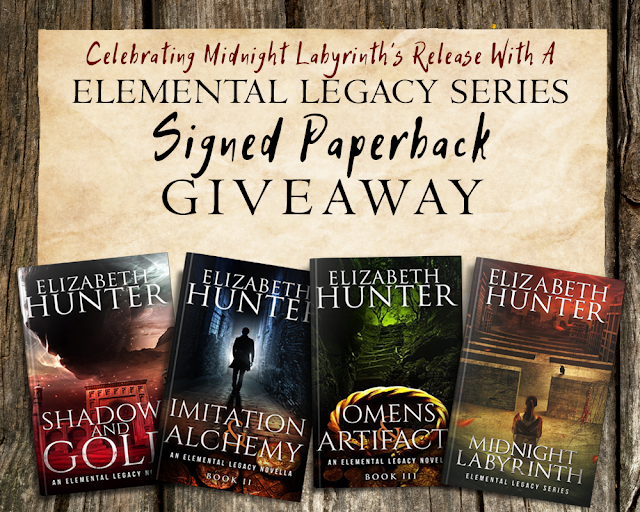 Use the Rafflecopter below for your chance to win a complete set of Elemental Legacy paperbacks!

About the Author: Elizabeth Hunter

ELIZABETH HUNTER is a contemporary fantasy, paranormal
romance, and paranormal mystery author. She is a graduate of the University of
Houston Honors College and a former English teacher. She once substitute taught
a kindergarten class, but decided that middle school was far less frightening.
She’s the author of the Elemental Mysteries, the Irin Chronicles, and the
Cambio Springs Mysteries.

In addition to being a book blogger, I am a mother of three children, a retail backroom coordinator, and a wannabe writer (when I make time to do it).
View all posts by Jen Schaper →
Tagged  2017 release, Elizabeth Hunter, fantasy, giveaway.
Bookmark the permalink.